There are accompanying Flickr albums and YouTube playlists for each day (some days don’t have videos). The pictures included here in this blog are a tiny portion of those that were taken.
Flickr album location: www.flickr.com/photos/CPGetaways/sets/
YouTube videos: www.youtube.com/user/CPGetaways/playlists

Everyone actually arrived the day before (15th). After check-in (discussed in a previous post), everyone probably rested a bit in their rooms before the “welcome aboard” presentation by the Cruise Director and Captain. We had a nice dinner, and then most people retired early that night.

The next morning (16th), we divided into groups and first had a canal boat cruise tour, followed by a bus tour, followed by a brief walking tour (only if you wanted to come along with the local guide, though), ending with some time to explore on your own. We met up in the designated area after free time, found our buses, and were taken back to the ship.

Here are some of Amsterdam’s “dancing houses”, so called because of the way they lean dramatically to one side or jut out further forward than their neighbors. This apparently happens because of the shifting and re-settling soil (it’s pretty wet and mushy) underneath everything around the canals. 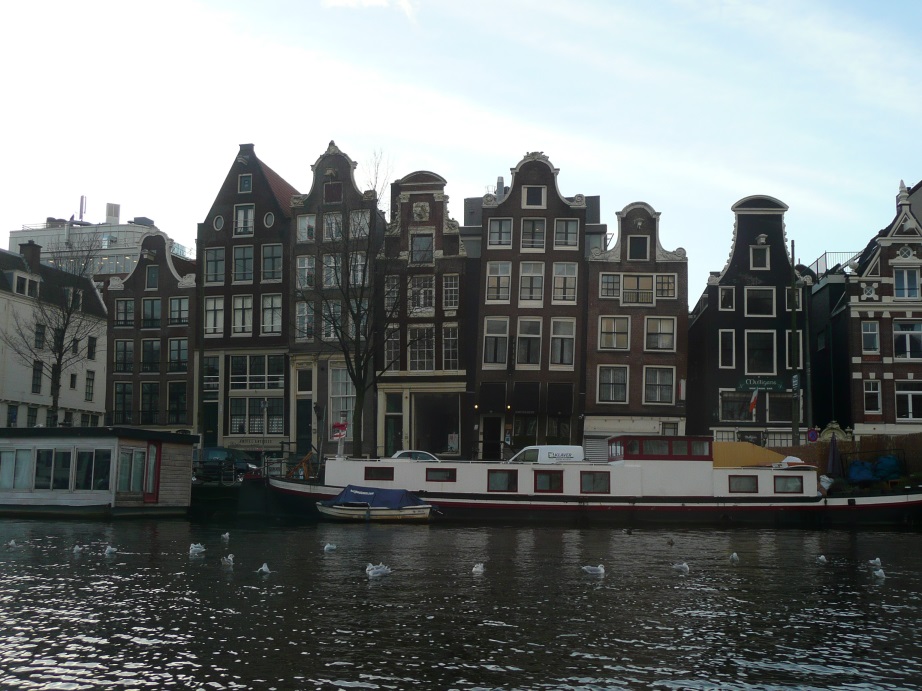 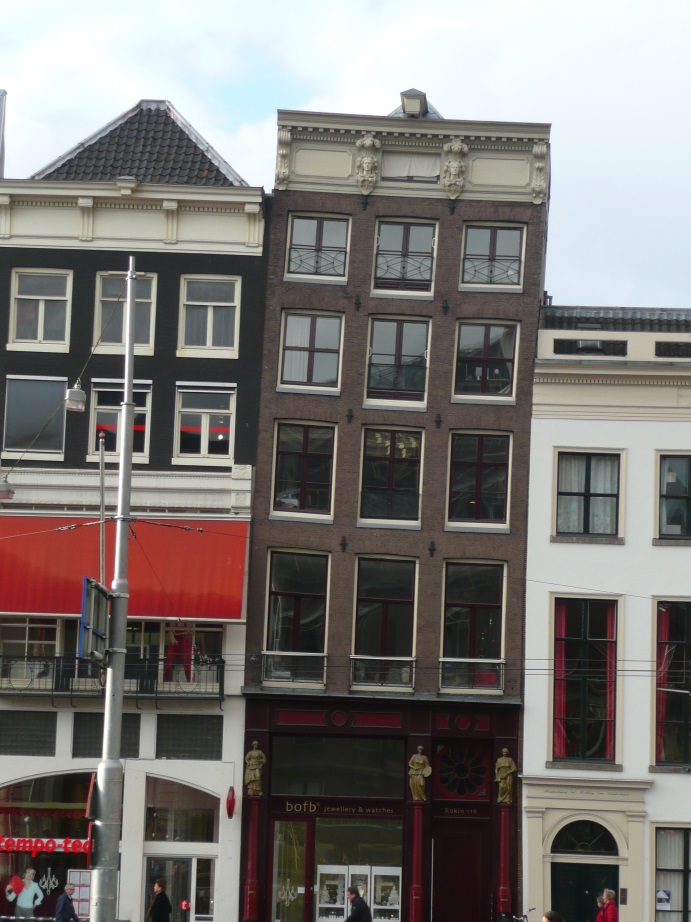